¡SkyCaramba! Weekly astronomy blog for the week of September 6 to 12, 2015 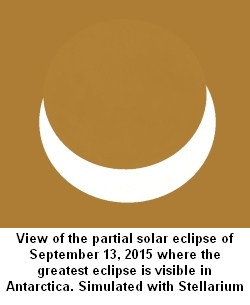 A partial solar eclipse will occur on September 13, 2015. It will be visible on the southern end of Africa, the ocean south and east of Africa, and about half of Antartica. Antarctica will get the greatest eclipse, 79% at 6:54 Universal Time, in the region of Queen Maud Land. The part of the frozen continent where the eclipse will be visible is mostly in the eastern hemisphere.

It will be a sunrise eclipse for the Atlantic coast of Namibia and South Africa. Over the next three and a half hours, the eclipse will cross the globe to the South Ocean and Antarctic areas south of Australia.

Since this isn’t a total solar eclipse, you should not consider it safe to view any of it without eye protection. Use a pinhole projector or a solar eclipse viewing filter for best results. 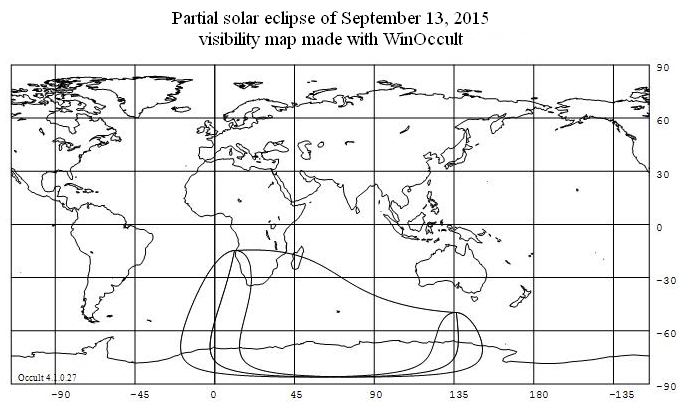