Earth will be farthest from the sun on the 4th. Pluto is at opposition the same day.

The moon will be its farthest south for the month on the 10th. Then it will be full on the 12th. Also on the 12th, Mercury will reach greatest elongation west of the sun. At 20.9° from the sun, it will not be at its easiest to see, but it won’t be at its hardest either. The messenger planet will be at perihelion on the 29th, still in the morning sky.

Some people will call this month’s full moon a “supermoon” because lunar perigee occurs the day after on the 13th. The moon reaches its farthest north on the 23rd and is close to Venus in the morning sky the next day. Lunar apogee is on the 28th. On the last day of the month, the moon is on the equator heading south again.

The Southern Delta Aquarids meteor shower peaks around the 28th. The best views will usually be from the east after midnight. That’s around the time of the new moon, so moonlight won’t spoil the view. 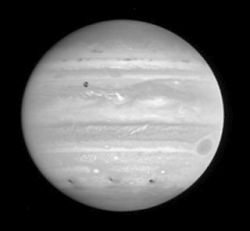 July 16th marks the 20th anniversary of Comet Shoemaker-Levy 9 striking Jupiter. The comet had broken into multiple pieces. Each fell into the big planet, one after another, just a little beyond the visible side of the planet’s disk. Telescopes all over Earth and a few above it were pointed at Jupiter as temporary holes punched in the planet’s cloud bands orbited into view.

Jupiter passes on the other side of the sun on the 24th. Two days later, the moon will be close by. But both will be too close to the sun to see this conjunction.

The first and fourth asteroids ever discovered will be just 0.2° apart from each other in Virgo on the 5th. Their respective names are Ceres and Vesta. 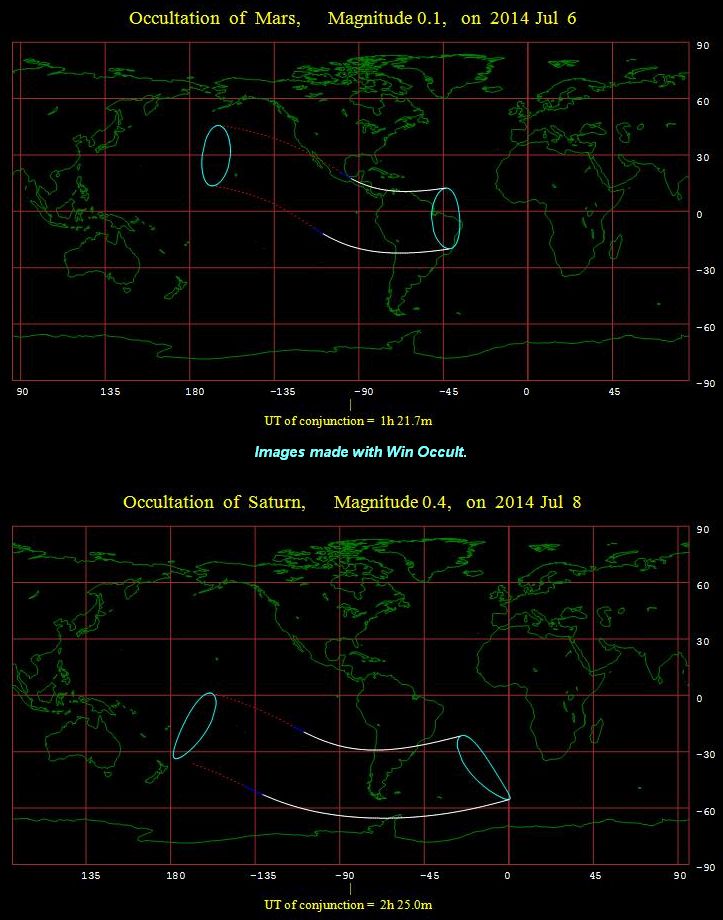