For about three quarters of the world, February will be a month without a new moon. The new moon phase occurs on January 30 at 21:39 Universal Time. It will be late morning on the 31st in some Pacific Ocean regions at that time. The next new moon will be on March 1 at 08:00 Univeral Time. It will still be February 28 in some 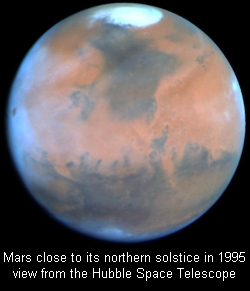 parts of the Pacific Ocean east of the International Date Line. For nearly all of the Americas and points east of them, it will be the 1st and all of February will have come and gone without the moon being new again.

The moon will be next to Mercury in the evening sky at the beginning of February. At the month’s end, the moon and Mercury will be together again in the morning sky. In between, Mercury goes through inferior conjunction on the 15th. That means it will be passing between the earth and sun. Mercury will also be at perihelion, closest to the sun, on the 3rd. It will be 0.307 astronomical units (earth-sun distances) from the sun that day.

Jupiter is in Gemini all month. It’s fairly high in the eastern sky at sunset. The moon passes the planet on the 10th. The planet will be at opposition on the 14th. This is as close as the planet will be to us for another year, so get out the telescope for a view this month. Jupiter is moving westward approaching the star Mebsuta. Westward motion is called retrograde motion.

Mars is near Spica at the start of the month. You’ll find the red planet and the star in the morning sky. The moon passes by on the 18th and 19th. You’ll be able to see the planet moving eastward compared to the stars behind it all month. 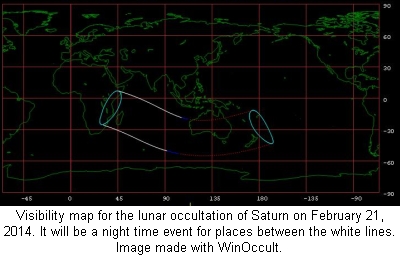 Saturn rises in Libra in the early morning hours after midnight. Pay attention to how it moves this month. The ringed planet is heading eastward (direct motion) but more slowly from night to night. It’s slow enough by the end of February, astronomers will describe it as stationary. However, very keen observers can tell it is still moving. In fact, they notice it’s turning around. In March, Saturn will be moving westward (retrograde).

Venus starts February in the constellation Scutum. It’s in the morning sky heading east against the background. However, it’s rising earlier each day. The moon is near it on the 26th. Watch Venus this month in a telescope as its crescent thickens to a semi-circle around the middle of February. By the end of the month, Venus is noticeably gibbous and noticeably smaller at the same magnification than when the month began. 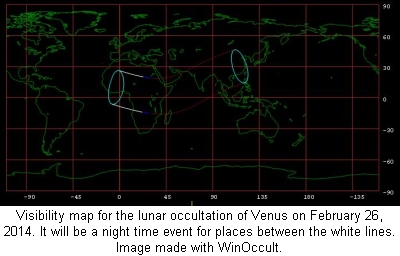 Neptune is on the opposite side of the sun from us this month. It goes through conjunction on the 23rd.

The asteroid Pallas is at opposition on the 26th. It’s 1.23 astronomical units from us. Pallas is in the constellation Sextant, if you follow the International Astronomical Union’s maps. The more intuitive appearance is that it’s in a bend near the water-snake Hydra, somewhat close to the star Alphard.

Those are some of the exciting astronomy events this month. ¡SkyCaramba!