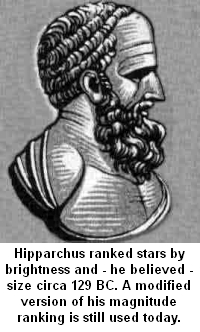 How would you organize all the stars in our sky? By color? By distance? By size? Many astronomers organize them by brightness. Hipparchus is the first known to do that. About 129 B.C., he considered the brightest to be the biggest. He called them stars of first magnitude. Naturally, he called the second brightest stars second magnitude. He kept going until he reached the sixth brightest stars. Stars of sixth magnitude were the dimmest.

Hipparchus’s rankings are convenient, but not perfect. About A.D. 140, it was clear to Claudius Ptolemy that some stars are brighter than others within each magnitude class. But rather than redo Hipparchus’s work, Ptolemy simply included notes about that. For European astronomers, that was a good enough way of doing things for nearly 15 centuries.

The first big revision came when Galileo Galilei pointed a telescope at the sky and discovered there’s more to it than meets the naked eye. Seeing stars that could be seen only with a telescope, he proposed in 1610 that they regarded as being of the seventh magnitude. Then more powerful telescopes with better lenses revealed even more stars. As astronomers extended magnitudes out to eighth and ninth, they maintained first through sixth for those they could see without telescopes.

Next, scientists learned to measure brightness objectively—and far more accurately than the human eye and brain perceive it. However, it took a while for astronomers to stop subjectively ranking star brightness. Sometimes they disagreed. Then in 1856, Norman Pogson developed a mathematical way of doing it. 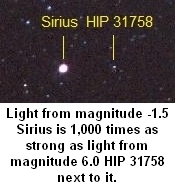 Deciding that a first magnitude star shines with exactly 100 times as much light as a sixth magnitude star, he developed a formula that enables precise magnitude calculations such as 1.0, 1.4, or 3.6. The system works well beyond sixth magnitude. The Hubble Space Telescope has imaged objects of magnitude 31.5.

This system is counterintuitive. One expects a higher measurement to mean a brighter star. Yet Vega, which sounds like it shouldn’t shine any light at all at magnitude 0.0, is brighter than magnitude 2.0 Polaris. Hopefully, it makes more sense when you understand that measures of magnitude are being retrofitted onto orders of magnitude. 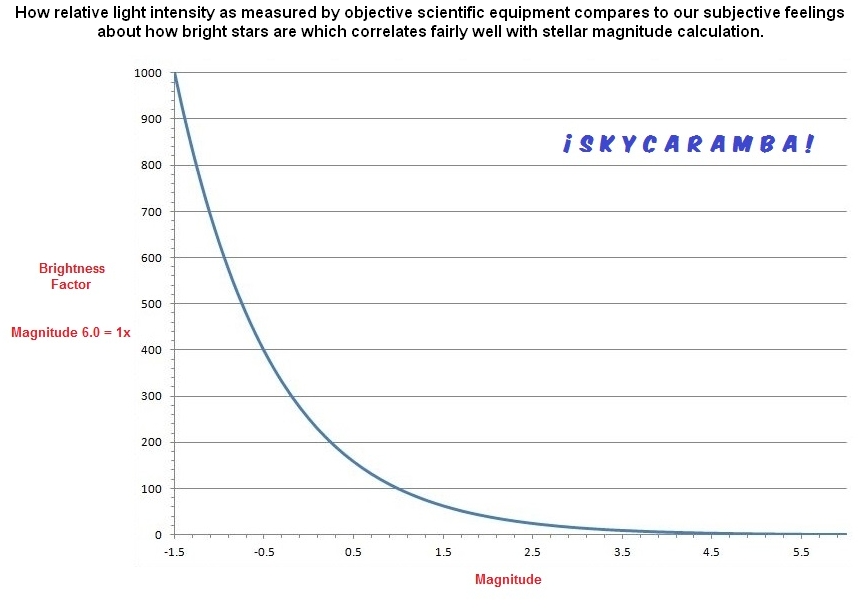