Uranus will be just a little less than 19 astronomical units from us on October 12. That’s the same thing as saying almost 19 times the distance from the earth to the sun. It’s about 2,840 million kilometers. It takes Uranus 84 years to orbit the sun.

The planet has 13 rings and about 27 moons. The material making up the rings ranges in size from fine dust to boulders about ten meters wide.

Unfortunately, there isn’t a brighter object near Uranus to make it easy to find and identify. But here are some tips and a map to guide you. Uranus is barely visible to the naked eye. A dark sky is essential to seeing it that way though. If you have some light pollution where you are, or if you try to see Uranus when the moon is up, you may still be able to see it with a telescope or binoculars. Using planetarium software can help you find the planet. Longtime readers of SkyCaramba have seen the free program Stellarium recommended here. 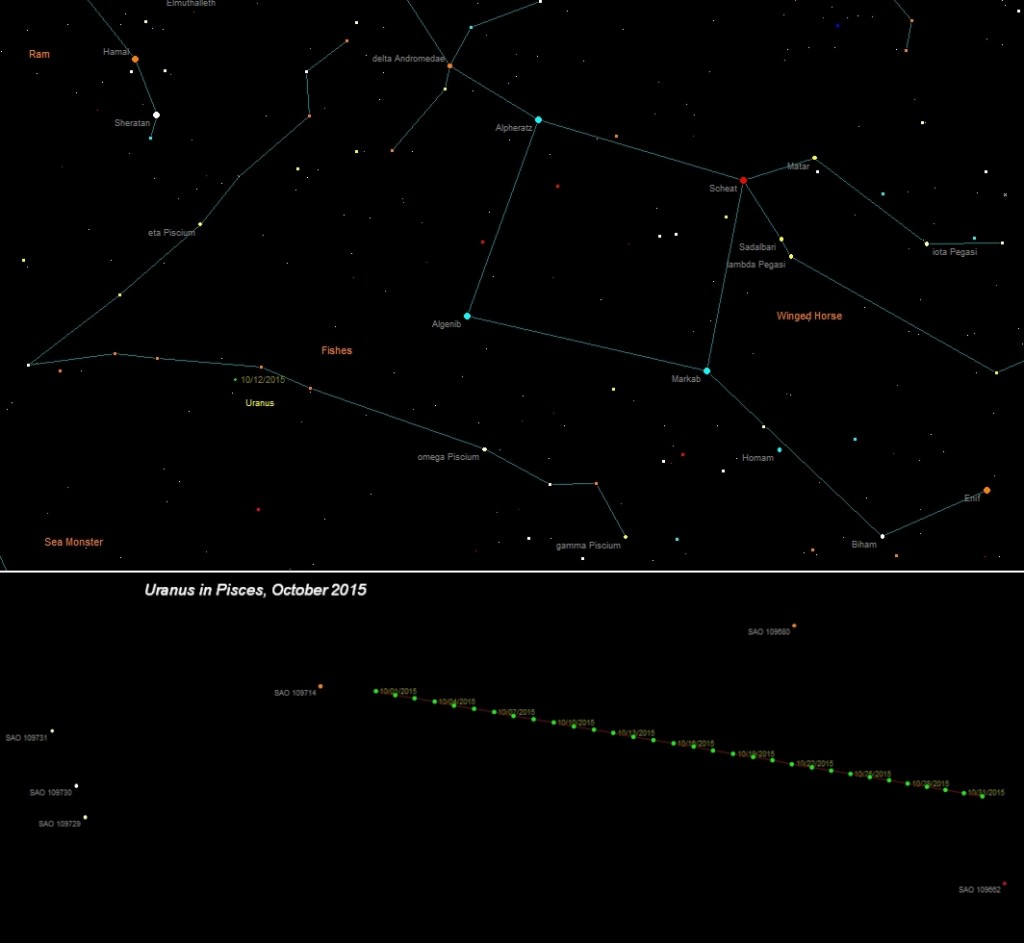