I hope you’ve been watching Mars and Venus in the morning sky. A crescent moon passed between then on the 10th with Mars on the left and Venus on the right. The planets are both moving eastward compared to the stars behind them. However, they are rising a little earlier each day. Northern hemisphere sky watchers can see them a little longer each morning, because the sun is rising later each day.

As this week starts, you see that Mars is closing in on Regulus and Venus is pulling away from Acubens. If you have a clear enough horizon, you should also see that Jupiter is about to join the show. You’ll find the big planet at Leo’s belly.

Jupiter’s appearance here is a trick of perspective. It too is moving eastward compared to the stars behind it. But the stars are rising earlier and so is Jupiter. For northern hemisphere observers, it’s becoming visible a little longer each morning mostly because of the later sunrises.

On the 24th, Mars will be closest Regulus. The two will be less than one degree apart with Mars on the north side of the star.

Keep watching these objects into October. Mars will seem to speed up to catch up with Jupiter while Venus heads for its own conjunction with Regulus on October 9th. Venus will pass south of the star, however, and not as close. A crescent moon will rejoin the party around that time too.

On October 18th, Jupiter and Mars will be less than a half degree apart with Mars on the north side and Venus above them both about 6° away. And hten on October 23rd, Venus has caught up to them both. The three planets are almost in a straight line. Venus will pass Jupiter on October 25th. And Venus catches up to Mars in the first few days of November.

The three planets will remain visible in the morning sky all November, but they’ll be separating. We might call that curtains for the Jupiter, Mars, and Venus morning show. But there’s always some kind of show going on in the sky. So maybe it’s just the end of one act and the setting of the stage for another. 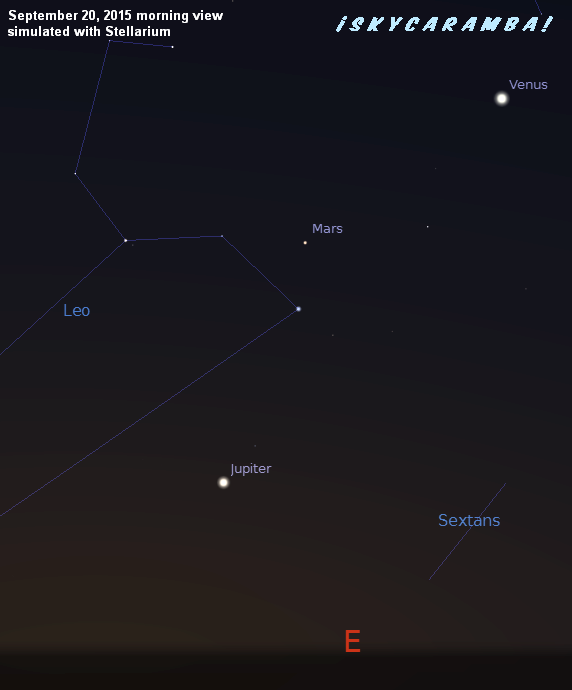 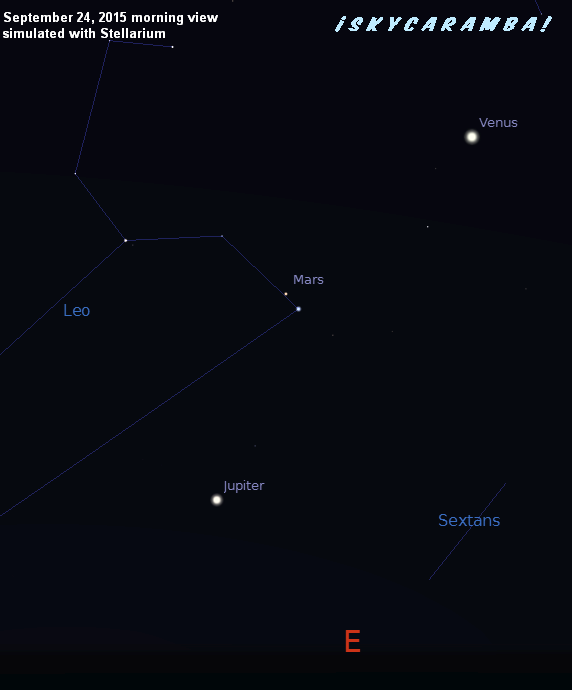 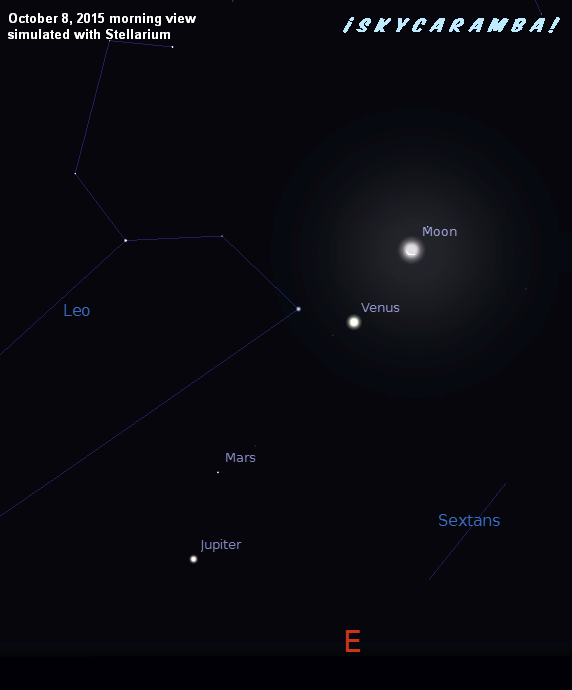 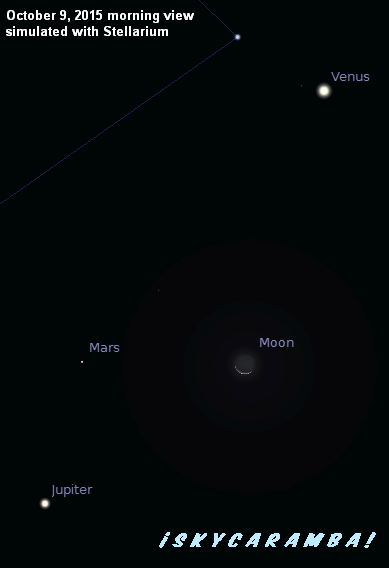 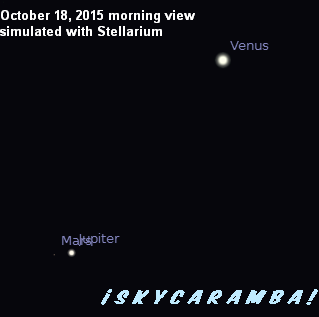