Saturn remains near the Sagittarius teapot after sunset when December starts. The ringed planet will set not long after the sun. Mars is close to the meridian, in Aquarius, ready to set around midnight. A waning crescent moon rises a while after midnight. Venus is in Virgo closer to dawn. Mercury is a hard catch even closer to sunrise. 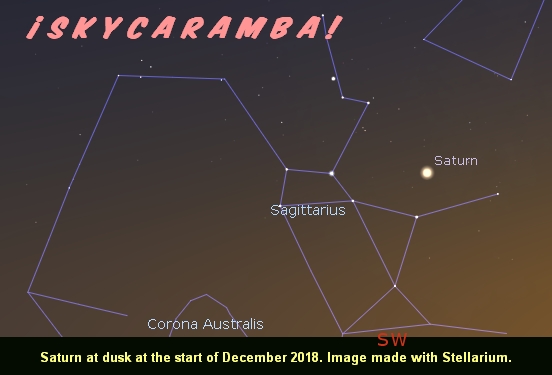 Mercury is higher in the sky each morning until 15 days into December when it’s at greatest elongation 21.3° degrees from the sun. You should notice Jupiter rising below it before then. And then, Venus is clearly heading out of Virgo toward Libra while Mercury is heading sunward again and also toward Jupiter. Mercury and Jupiter will be close on the 21st. By the 25th, Venus is in the diamond of Libra. At the end of the month, Venus, Jupiter, and Mercury make a fine sight for morning sky watchers looking east.

Meanwhile, back to our evening sky. Saturn stays just about where it is in Sagittarius all month. It’s setting very soon after the sun by the end of December. Don’t be surprised if you can’t find it as the new year approaches. Mars goes east and passes by a star named Hydor on the 4th. Then the red planet passes slowly below the western (or southern) head of Pisces for the rest of the month. 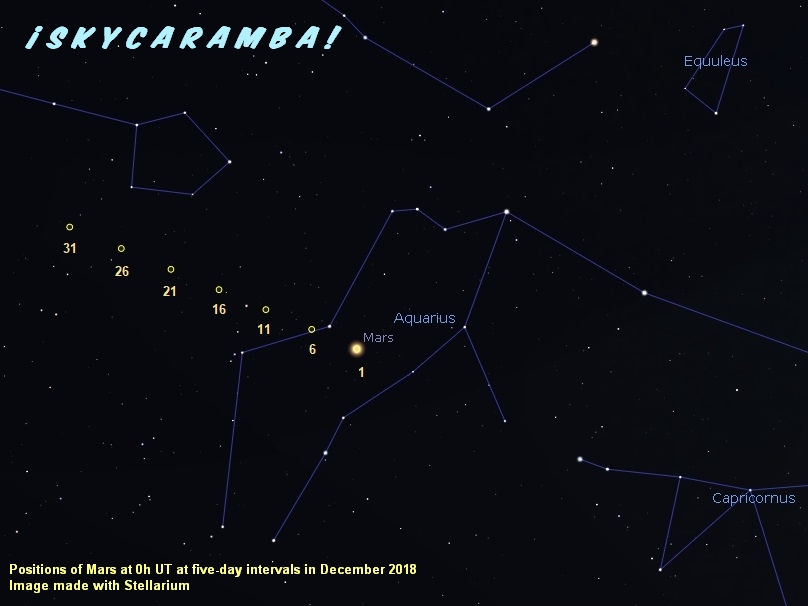 Venus is at perihelion on the 26th. Its distance from the sun is 0.718 astronomical units. 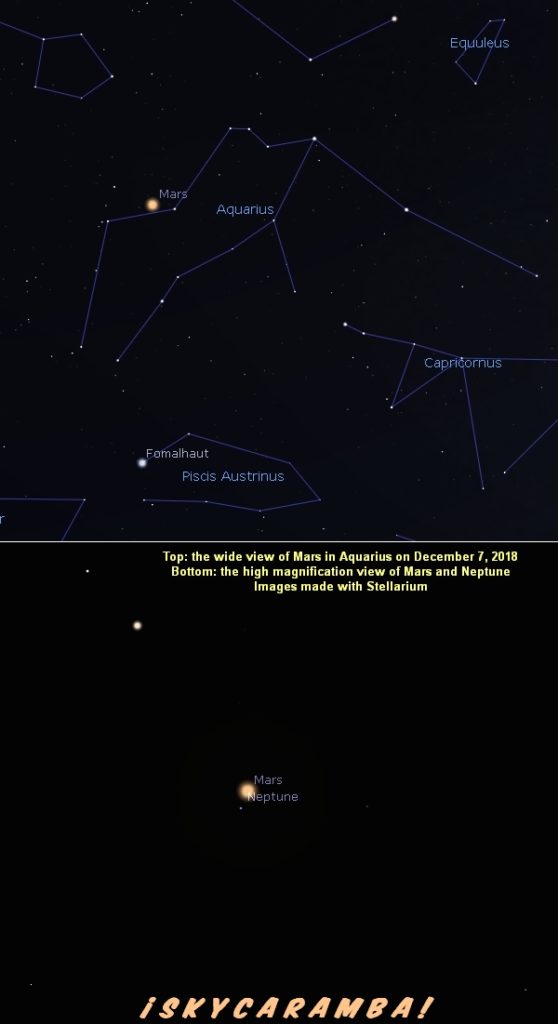 The Geminids meteor shower peaks on the 14th. Look for meteors of many colors, especially after midnight when the nearly first quarter moon has set.