Four planets are visible in our evening sky this month. From west to east they are Venus, Jupiter, Saturn, and Mars. Mercury is a morning object when the month starts. 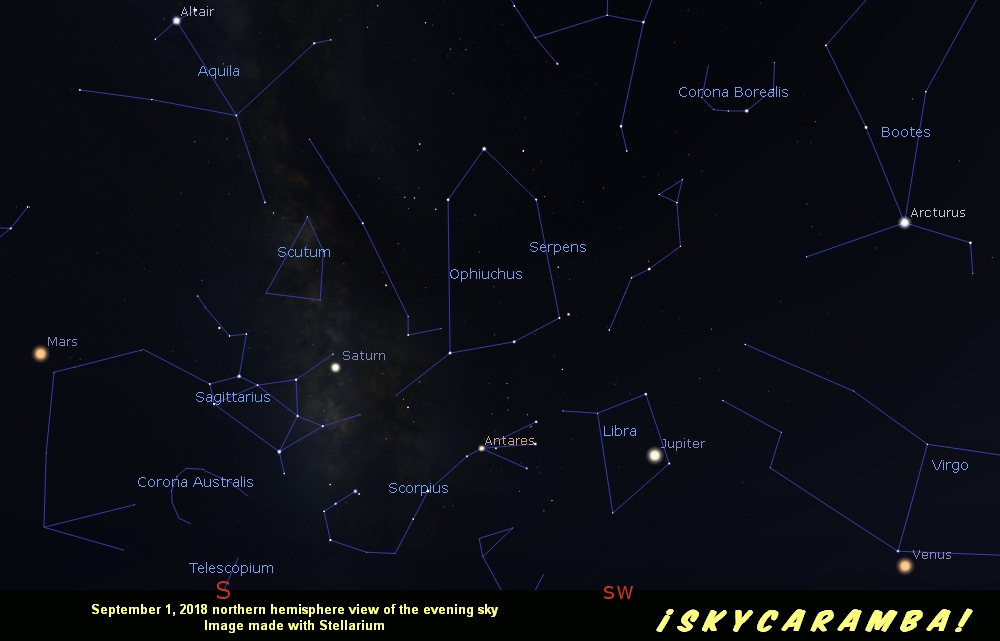 Venus is just below Spica at the start of the month. After reigning as a bright evening object for months, it is heading toward the sunset. The moon’s monthly pass by Venus is rather far from the planet this month. It’ll be 9.9° north of the planet on the 12th. Venus is at aphelion 0.728 astronomical units from the sun on the 5th. 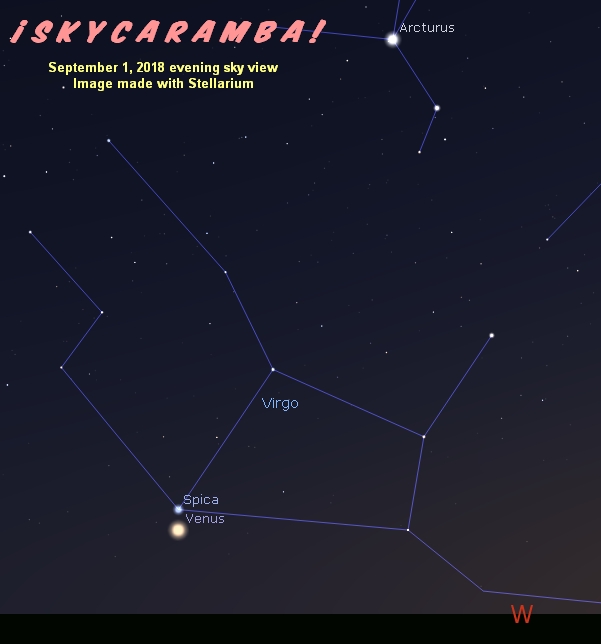 Jupiter is moving eastward in the diamond of Libra. The moon passes 4.2° north of the planet on the 14th. 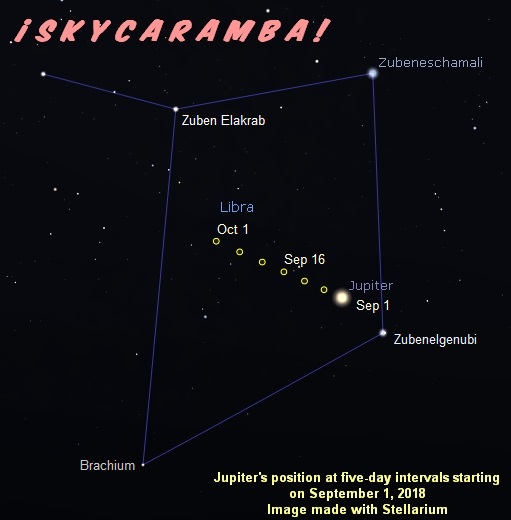 Saturn is stationary over the teapot of Sagittarius. The moon is 2.1° north on the 17th.

Mars is moving eastward from Sagittarius to Capricornus. The moon passes 4.8° on the 20th. Mars is at perihelion 1.381 astronomical units from the sun on the 16th. 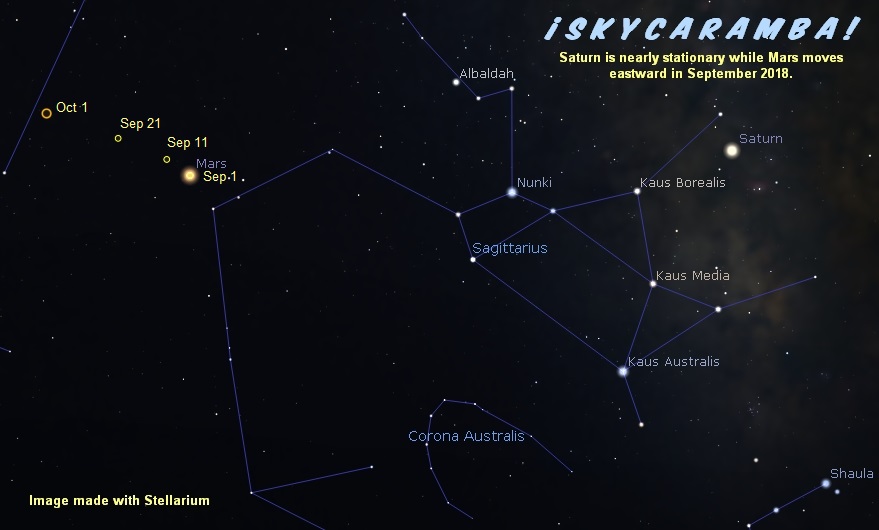 Watch Mercury start the month between Cancer and Leo. By the 6th, the planet is north of Regulus. The moon passes 0.9° north of Mercury on the 8th. It keeps moving eastward and toward the sun. Mercury is at superior conjunction on the 21st. Mercury is at perihelion 0.307 astronomical units from the sun on the 2nd. 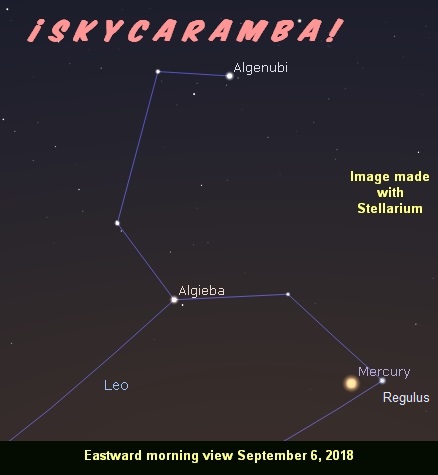 Neptune is at opposition on the 7th. It’s 28.9 astronomical units from Earth. 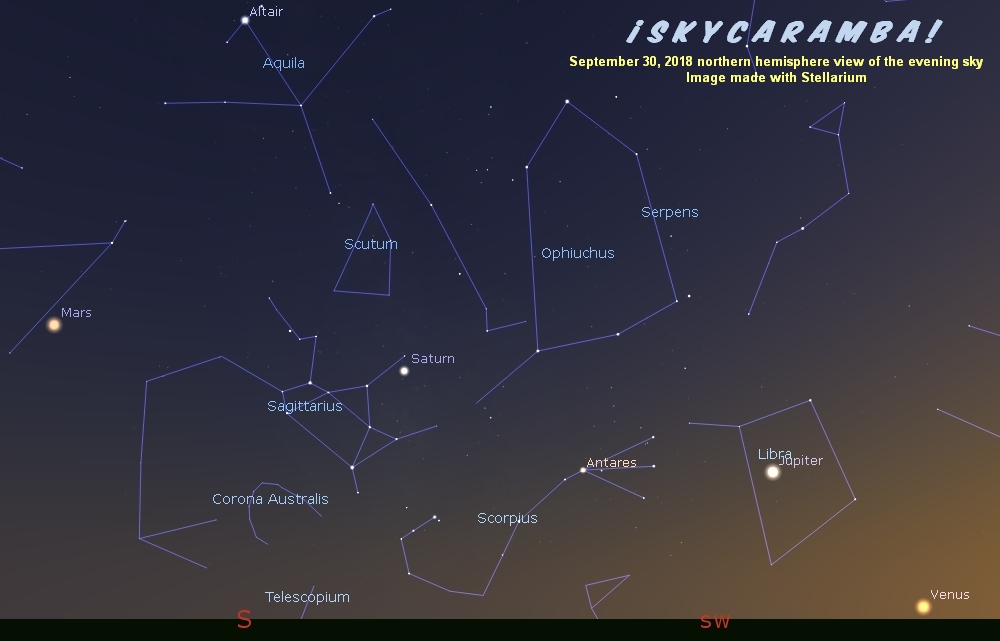