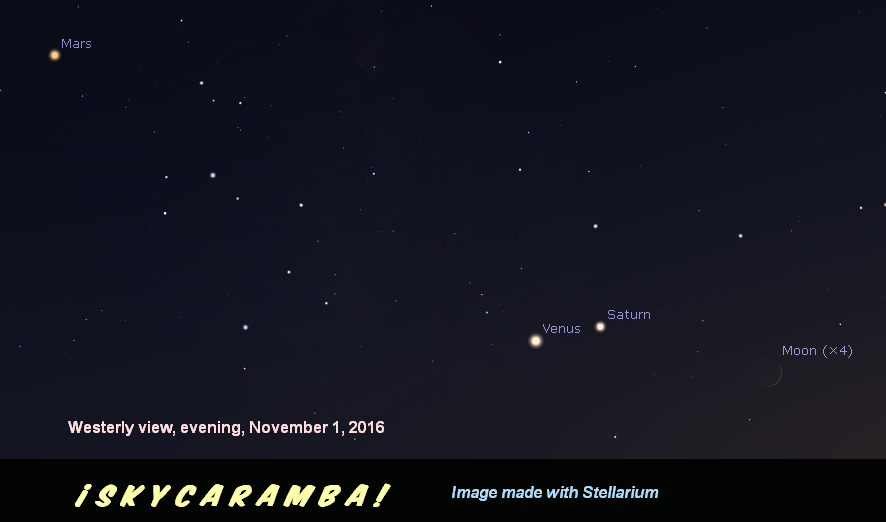 Look for a crescent moon in the west just after sunset at the start of November. The two bright planets above and left of it are Venus (on the left) and Saturn. Reddish Antares is below them. For northern hemisphere viewers, this scene is a little south of west. In any case, the moon will be above the planets by the 2nd. You will also notice the planets are moving away from each other. 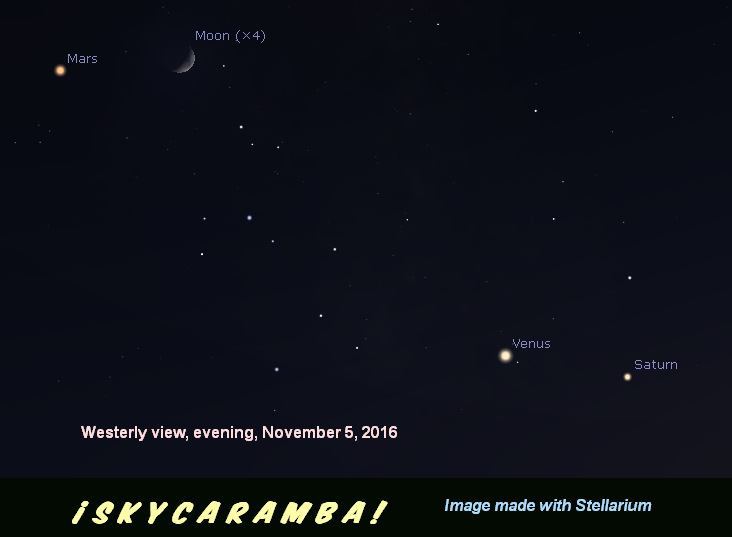 The moon is right of Mars on the 5th. During the month, Mars is higher in the sky but in the same general direction in the evening. Saturn is getting closer to the horizon though. You may be able to spot Mercury near the ringed planet by the end of November. 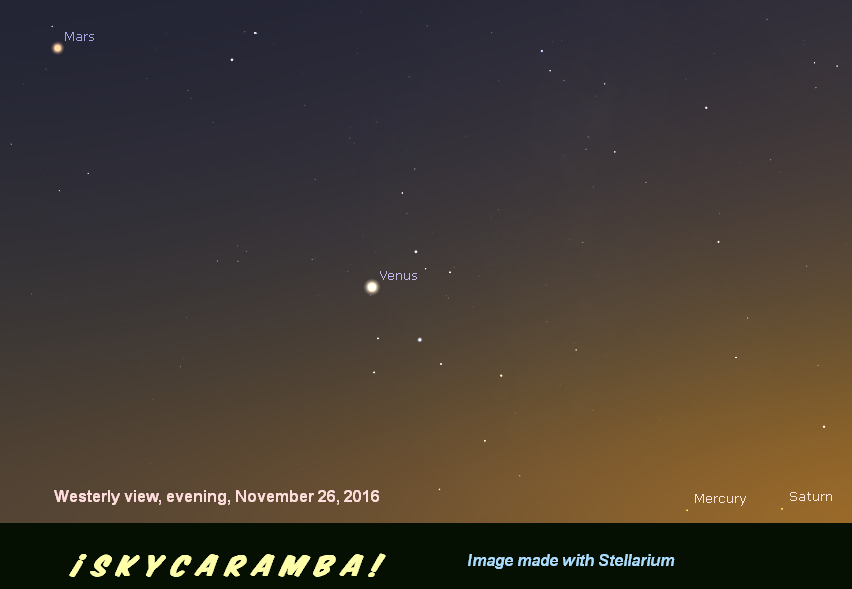 The moon is just past full when it passes in front of Aldebaran on the 15th. The occultation is visible from most of southern and eastern Asia. 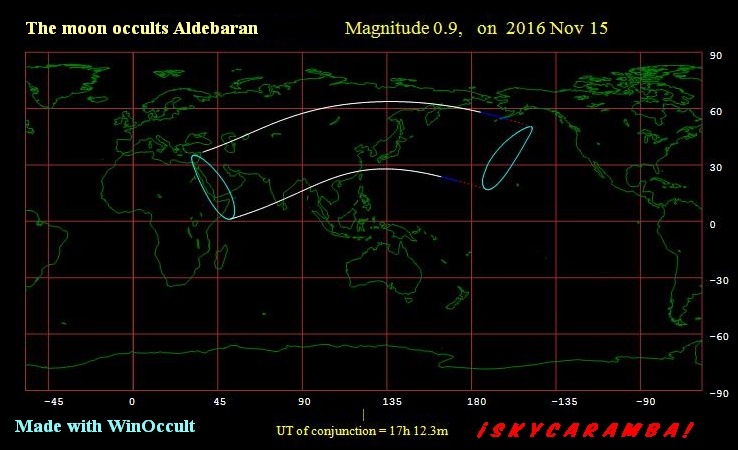 Jupiter is a morning object this month. You’ll find it right of Arcturus. A waxing crescent moon passes close to the big planet on the 25th. 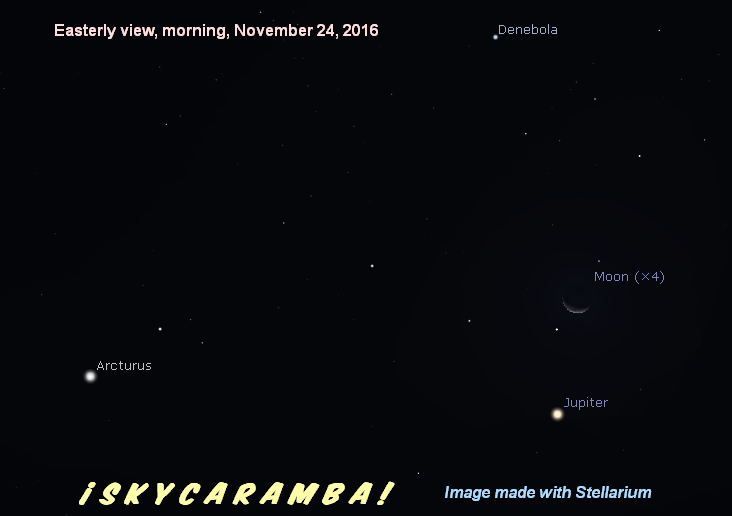 Mercury is at aphelion on the 11th.

Two meteor showers radiating from Taurus peak this month. The southern Taurids are at their maximum around the 4th and 5th. Meteors that seem to radiate from near the V that is the Hyades make this shower. You may see just five to ten meteors per hour, but this shower is known for producing many bright fireballs. The waxing crescent moon will offer some interference. The moon is almost full when the northern Taurids peak around the 11th and 12th. This shower also produces just five to ten meteors per hour. The radiant is near the Pleiades. Both Taurid showers come from dust left by Comet 2P/Encke.

The Leonids meteor shower peaks around the 17th and 18th. The moon a little past full will interfere. Comet 55P/Tempel-Tuttle is responsible for them. There may be up to 15 meteors per hour from this shower.