At the start of May, Orion is setting not long after the sun. Taurus is right of it with red Mars right of the Hyades V rivaling orange Aldebaran. Leo is on the meridian. Jupiter is in Virgo heading toward Porrima near the meridian. Arcturus and Boötes are high in the east.

Night to night, watch Mars climb above the Hyades V as though trying to escape being pulled down with it into the sunset. The red planet doesn’t get that far above the horizon after sunset this month though. At the end of May, you can see Gemini nicely places for easy viewing to the west.

Jupiter keeps getting closer to Porrima as May progresses. 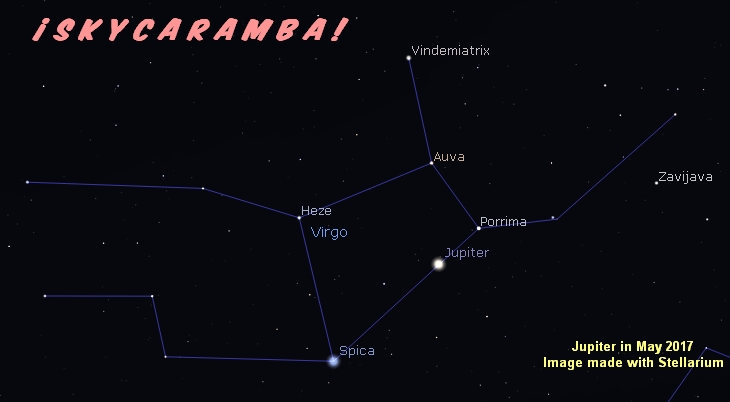 At the month’s start, Saturn rises in late evening at the bottom of Ophiuchus. But you’ll probably find it easier to recognize Sagittarius southwest of it. The ringed planet rises shortly after sunset by the end of May. 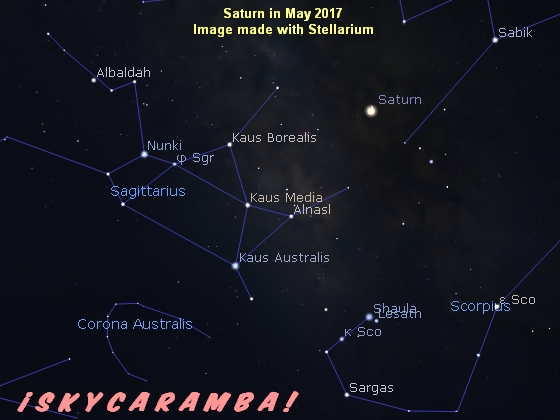 Venus is a nice morning object all month. The crescent moon passes near it on the 22nd. It won’t be easy to spot Mercury from the northern hemisphere this month. But south of the equator, views are great for seeing it enter Pisces near where the fish are joined in early May. It’s close to Uranus around the 12th. The greatest elongation of Mercury this month is best seen from 12° south. The planet is 25.8° west of the sun. It leaves the junction in Pisces by the end of the month where Uranus has remained almost in the same spot but Venus has joined it.

Mercury is at aphelion on the 6th. It is 0.467 astronomical units from the sun.

The moon occults Regulus twice in May. On the 4th, viewers from Australia and New Zealand can see the moon hide the star. And on the 31st, an occultation of the same star is visible from southern Africa and Madagascar. 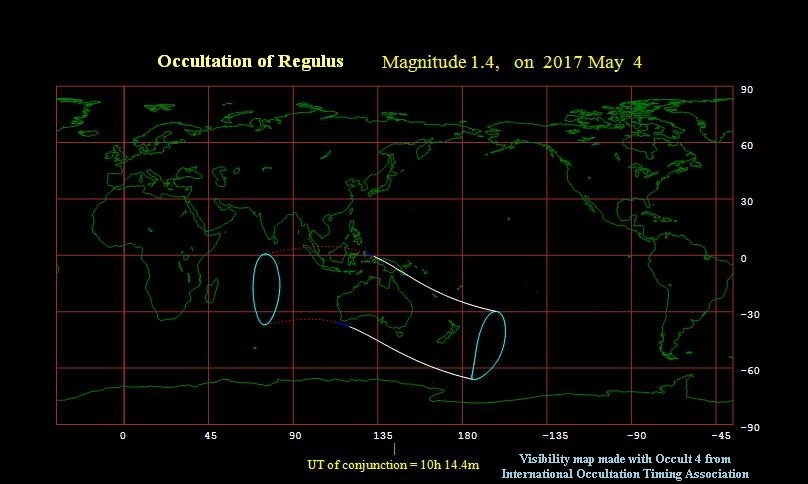 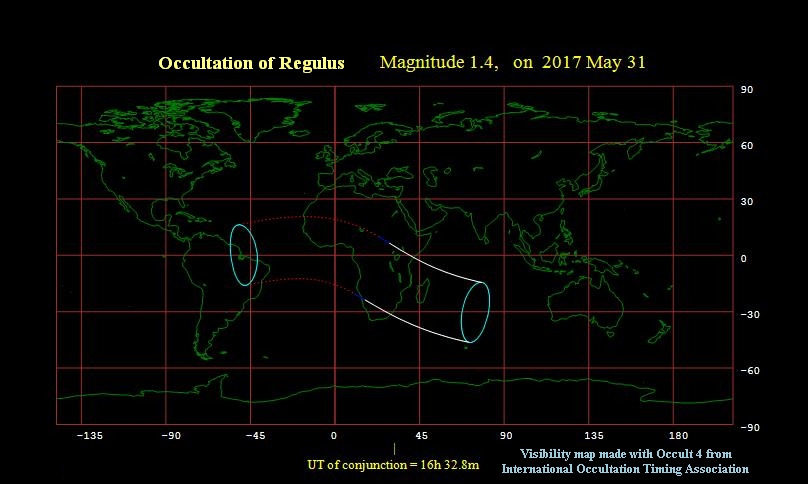 Northward equinox on Mars is on the 5th.