For northern hemisphere observers, the sun sets at its earliest times in December. Saturn is not far above the horizon in the southwest as darkness sets in at December 2016’s start. Left of it is Mercury. Above them both is a thin crescent moon. In just a couple of nights, the thicker crescent will be near Venus further up and left. Give the moon two more nights and it’s next to Mars. A week into December and we have a first quarter moon that has passed all these planets.

A nearly full moon passes through the Hyades on the 12th and 13th. It’s full when it’s over Orion’s head and just past full when it’s at Orion’s feet on the 15th.

Jupiter is not involved in the evening party of planets at the start of the month. It rises a couple hours after midnight. A waning gibbous moon visits the big planet on the 22nd.

And on the morning of the 27th, we see a scene reminiscent of what we saw at the start of the month. A thin crescent moon is above Saturn. Dawn’s light has replaced the dusk. This has happened because while Earth orbits the sun, the planets appear to go from one side of the sun to another. Keep looking every morning and you may spot Mercury before the end of the month. Venus and Mars remain evening objects though. 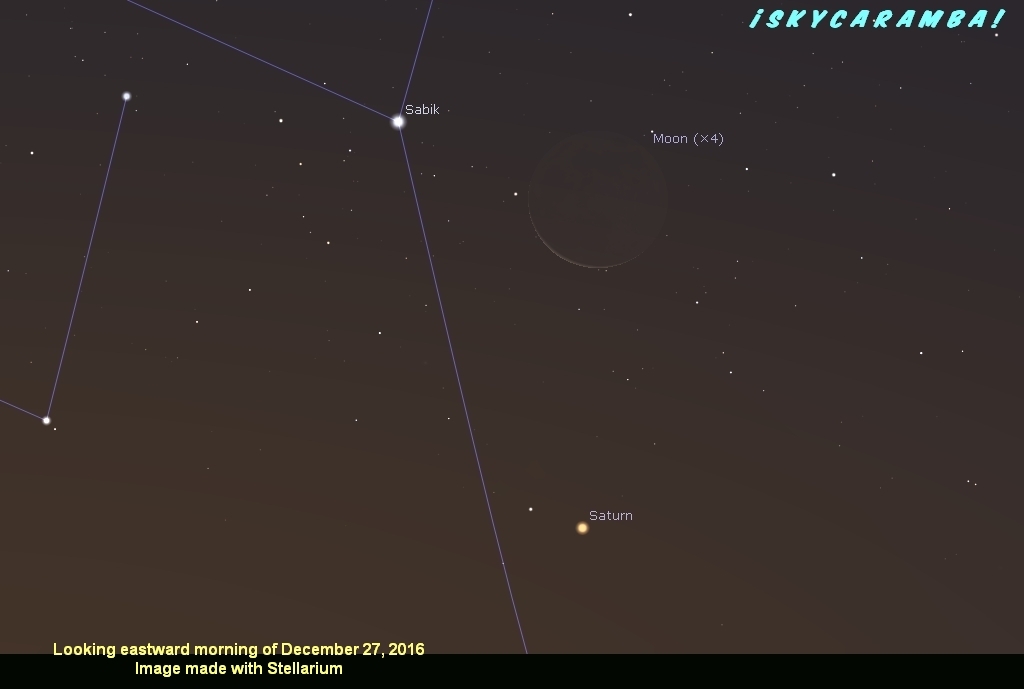 Just in case you’re wondering about the less visible planets, Uranus is in Pisces. The waxing gibbous moon is nearby on the 9th. You’ll find the planet more easily if you wait two weeks and look near the same spot.

If you have a dark enough location and a good pair of binoculars or a telescope, look for Neptune this month. It and Mars will draw close to each other. They’ll become so close that at 06:53 UT on New Years Day they’ll be 0.02° (barely 1’9”) apart! Find Neptune in Aquarius. It will move just a little bit from night to night.

The moon passes in front of Neptune on the 6th. The occultation is visible in eastern Canada and Greenland. Aldebaran is occulted on the 13th. That one’s visible from the continental U.S. And if you’re on a ship south of Australia on the 18th, you may witness the occultation of Regulus. 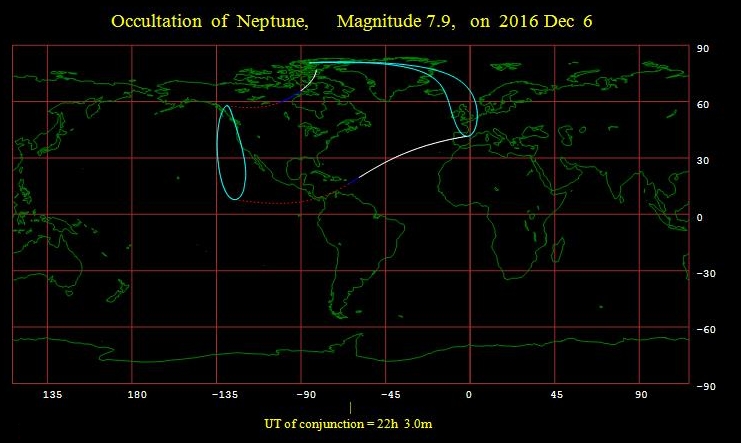 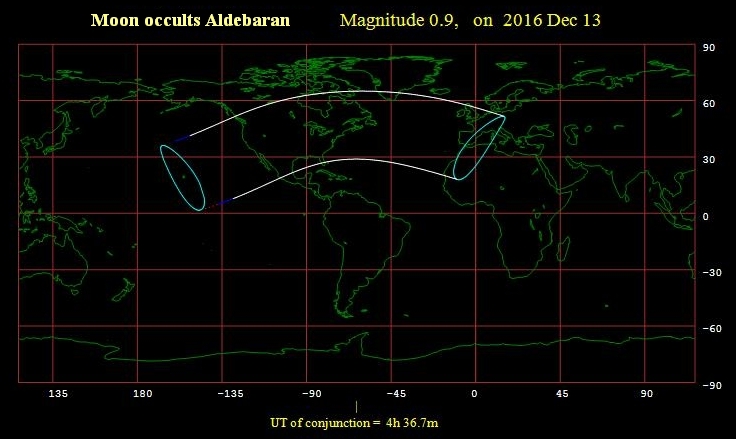 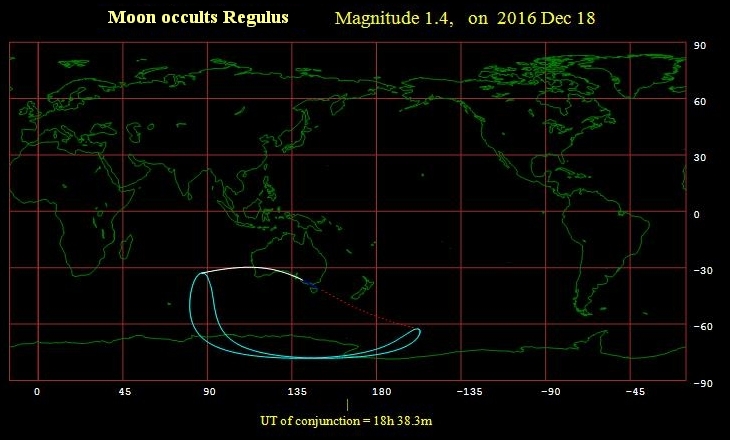 The Geminid meteor shower peaks on the 13th. Unfortunately, this is when the moon is full. Dimmer meteors won’t be visible. But this shower is known to produce a few bright ones.