Mercury and Mars are easily seen in the west just after sunset as April starts. Mercury is at its greatest elongation, this time 19° east of the sun on the 1st. Mars is a little above it. You’d better catch the messenger planet while you can though. It’s heading toward inferior conjunction on the 20th. However, the red planet remains easy to see all month. It’s above and right of the constellation Cetus at the start of the month. By the middle of April, Mars has entered Taurus. Watch it pass between the Pleiades and the Hyades from the 23rd to the 28th. A thin crescent moon will pass Mars on the 28th.

For whatever it’s worth, Mercury goes retrograde on the 10th. Probably, some people prone to belief in astrology will make a big deal about it. All that’s really happening, however, is the planet appears to be moving westward against the background of stars.

While we’re looking at the constellations just after sunset, you’ll see Leo high in the east. Cancer is higher, close to the meridian. Gemini is west of the meridian very high. And Orion is midway up in the western sky. 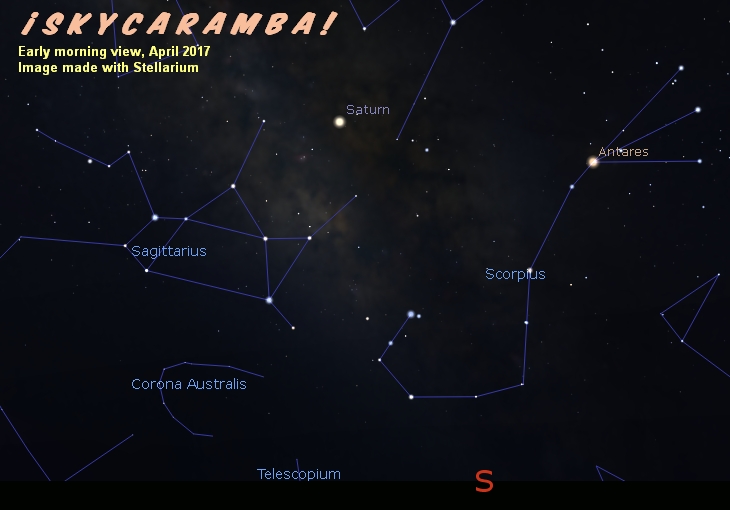 Cygnus and Aquila are rising late evening to local midnight. Look for Saturn to the right of them. From local midnight to early morning, you can see that Saturn is nicely placed between Sagittarius and Ophiuchus. The reddish-orange Antares is to the west.

Close to dawn, you can see Pegasus. Venus is below the Great Square. Watch her move through the head of the southern fish in Pisces this month. On the 12th, Venus resumes direct motion. The planet is moving eastward, giving the appearance of turning around in the sky. However, it is still moving westward from the sun and will continue doing so until greatest elongation in early June. Consequently, Venus will rise earlier and earlier each morning and become easier to see. Look for a crescent moon right of Venus on the 23rd.

The moon passes in front of Aldebaran on the 1st. The occultation is visible from Japan and the northwest Pacific Ocean. On the 7th, Regulus is occulted for viewers in the southeast Atlantic Ocean and from the southern tip of South America. Neptune is occulted on the 22nd for those viewing from eastern Australia, Tasmania, the Tasman Sea, and the Coral Sea. And the moon hides Aldebaran again on the 28th as seen from Libya, the central Mediterranean, and southeastern Europe. 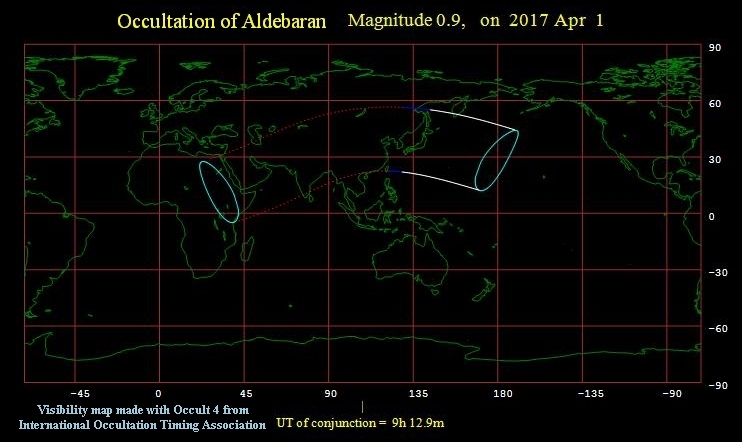 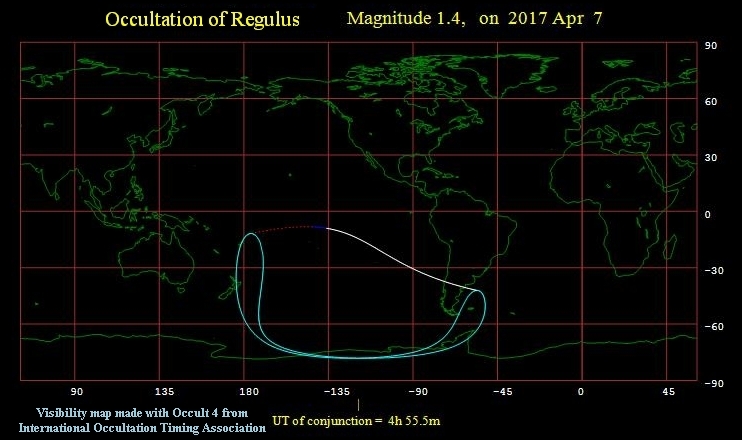 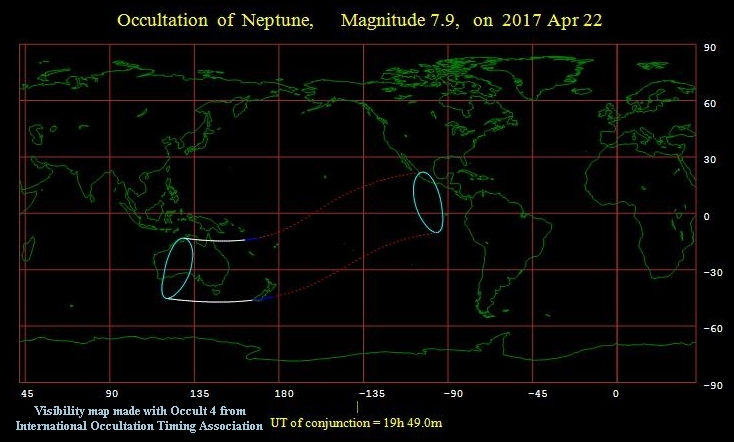 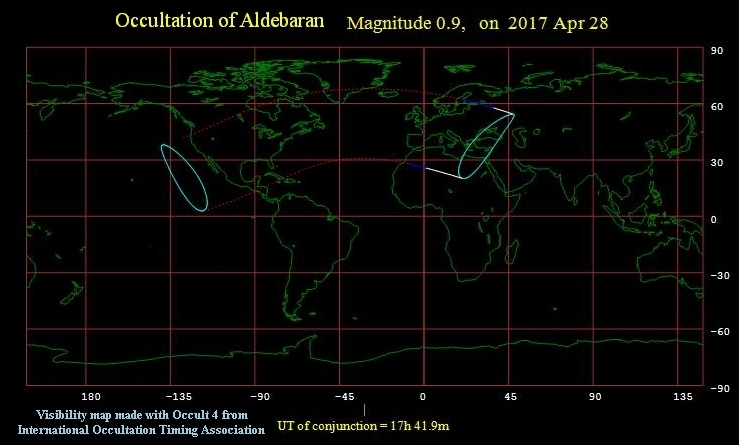